The Whale Route has so much to offer from Mountains, Birds, Beaches, Whales, Wrecks, White Sharks & the Big 4

Sir Lowry’s Pass is the gateway to the Overberg and the Eden Coastal Region from Cape Town. This road, built in 1958 opened up speedy access to the popular tourist destinations on the Whale Coast, and the southernmost point of Africa, Cape Agulhas.

The Overberg offers numerous attractions and activities: from land-based whale watching and wine tasting to water sport, hiking, mountain biking and the special ‘Blue Crane Route’ where you can see these protected birds in their natural habitat, on the way to Agulhas at the southern point of Africa.

The coastal route from Cape Town takes you along the False Bay coastline through the small seaside towns of Betty’s Bay and Kleinmond to Hermanus the ‘Whale Capital’, over Stanford to Gansbaai (for White Shark diving) and Cape Agulhas where the Atlantic and the Indian oceans meet. The route continues inland to the charming country towns of Swellendam, and Riversdale.

De Hoop Nature Reserve offers a variation of accommodation types and outdoor activities based on sea, sand dunes and the vlei. Explore rare fynbos & plants; observe wading birds on the shores and a colony of endangered Cape vultures. Hikers and cyclists have close-up encounters with animals such as bontebok and Cape mountain zebra. Lazing on the beach and snorkeling in the many rock pools is simply another way of passing a rewarding day.

Cape Agulhas is being expanded to incorporate a number of privately owned farms and reserves that will lay side-by-side with working farms and settlements in one big mega reserve. This will see the southern-most part of South Africa again becoming a natural are re-introduced wildlife will roam free in a restored indigenous landscape. 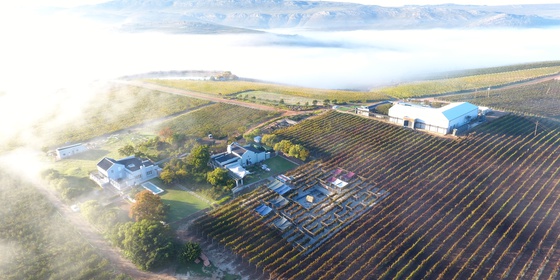 South Hill Vineyards is an hours’ drive South of Cape Town past Stellenbosch and Franschhoek, on the way to the coastal town of Hermanus, near the Overberg town of Grabouw. The town is surrounded by the Hottentot Hollands, Kogelberg and Groenberg mountain ranges to form the cool mountain plateau of the Elgin Valley which is known for its top cool climate producing wine route as well as a range of outdoor adventure activities. Situated on the south eastern side of this Valley lies South Hill Vineyards.

4 star accredited, South Hill Vineyards offers a luxury farm-stay experience with two accommodation options: Guests can choose between staying in one of six luxurious, spacious rooms in the guest house or relaxing in one of the tranquil, romantic guest cottages. A complimentary wine tasting in the restaurant and art gallery area adds to a memorable experience. 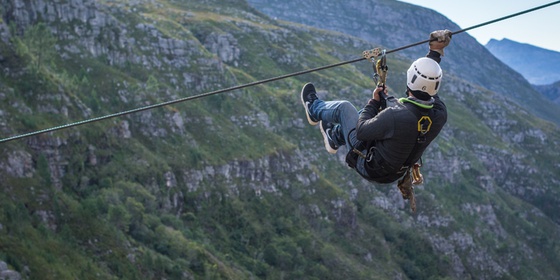 It is a system of cables and platforms with breath-taking views, that allows guests to explore their limits in a previously inaccessible ecosystem. This bucket list activity consists of an exhilarating 4x4 journey through the nature reserve, then soar through the air on eleven thrilling slides, some over 300m long. Each zipline ends on a platform constructed on the cliffs and fynbos covered mountain slopes above the Riviersonderend Gorge.

A unique suspension bridge constructed between a narrow sandstone ravine above a spectacular double waterfall is guaranteed to be one of the unforgettable highlights of the tour. 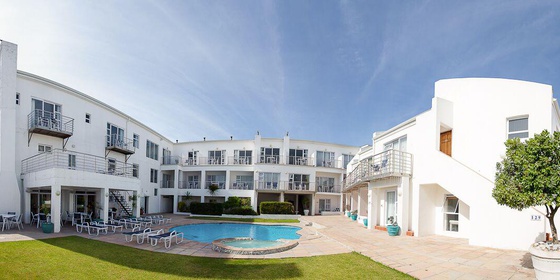 Arniston Spa Hotel is a luxurious Hotel situated in the beautiful Cape next to an old fishing village bordered by pristine beaches and nature reserves. The 4-star hotel offers panoramic views of the Indian Ocean and endless beaches. The location of the hotel provides an abundance of sea life which offers delectable oysters and the freshest fish at the hotel restaurant. The hotel boasts 5 types of rooms for guests to choose from all differing in luxury and comfort, suited to your needs and offering only the best in Arniston Accommodation. 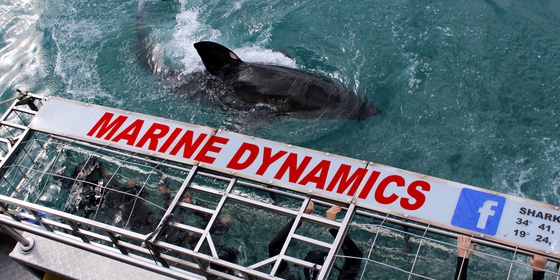 Marine Dynamics is shark cage diving and viewing company based in Gansbaai, Western Cape. Offering Shark Tours as well as Marine Big 5 and whale watching tours. The Marine Big 5 consist out of the whale, shark, penguin, seal and dolphin. They are truly making a difference through research, conservation and education. Fair Trade Tourism Certified – ‘Your Choice Makes A Difference’. 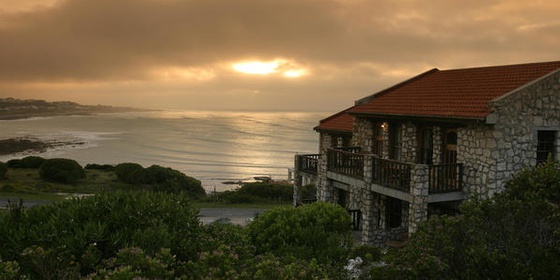 Agulhas Country Lodge is a paradise found at the southernmost tip of Africa in L’Agulhas. The elevated position of the lodge offers guests remarkable sea views from nearly every vantage point. Agulhas Country Lodge has 8 en-suite rooms all with sea-view balconies. The bar has beautiful enclosed balcony with stunning views of the sea. The lodge boasts a cigar lounge which has proved popular with guests for after dinner cognac and cigars. 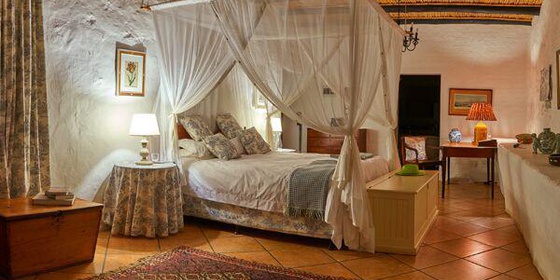 De Hoop Nature Reserve is situated east of Bredasdorp on the world-renowned Garden Route and Whale Route. The nature reserve is one of the few that offers a full outdoor experience with the sea, sand dunes and diverse antelope among other offerings. Known to have the best hiking trails, hikers and cyclists have had intimate sightings of the Bontebok, Cape Mountain Zebra and Elands. The Nature Reserve has a wide variety of pastimes for guests including world class whale watching in season. The De Hoop accommodation caters for all guests with accommodation ranging from the affordable self-catering chalets to the upmarket fully catered lodges. The Fig Tree Restaurant is open daily for meals. Day visitors welcome. 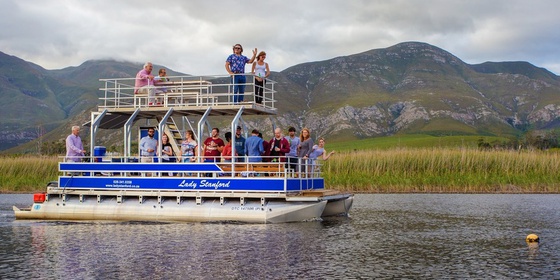 Aboard Lady Stanford, a spacious eco-friendly riverboat, passengers enjoy a leisurely boat cruise down the Klein River from Stanford Village towards the Hermanus Estuary to the bird sanctuary and back. Taking in stunning countryside scenery, the river cruise offers plenty of bird watching opportunities. The area is home to over a hundred bird species that include majestic fish eagles, elegant pink flamingos and blue cranes. Passengers may also see otters, turtles, bontebok and horses along the banks of the river. Cruises depart at scheduled times based on the respective season.