Friendly city, warm sea & safe beaches, malaria-free game reserves with its unique coastal climate, Port Elizabeth has been rated as having the fourth best weather in the world!

The city has numerous important national monuments such as Fort Frederick; the Donkin Memorial and surrounding four hectare reserve; the lighthouse beside the pyramid has been in use since 1861; the 52 metre Campanile built in 1923 as a memorial to the 1820 settlers. The old harbour board building known as the White House, is one of the few examples of the Art Nouveau style of architecture in South Africa; Market Square with a replica of the Bartholomew Dias cross marks the most easterly point of his historic voyage in 1488.

In 1883 the feather market building was completed and was used exclusively to house and auction feathers during the ostrich-feather boom. The unique Horse Memorial was erected in recognition of the services of innumerable horses which perished in the Anglo-Boer War of 1899-1902.

Visit the nearby Addo Elephant National Park. – the largest concentration of elephants in the world and a short drive away, privately owned game reserves offering a ‘Big 5? malaria- free experience.

St Francis Bay 100kms west of Port Elizabeth with its natural beauty of vast stretches of beaches and superb hiking and biking trails is perfect for nature lovers. Bird life is abundant. The picturesque holiday town is known for its whitewashed and thatched houses. Approximately half of the town is constructed around the largest man-made web of canals and waterways in Africa.

Adjacent to St Francis Bay is the rustic fishing village of Cape St Francis with its beautiful beaches and historic lighthouse at the harbour of Port St Francis. 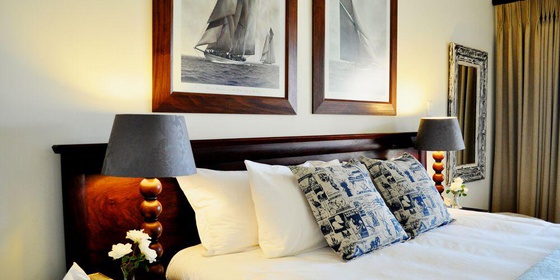 Supertubes Collection comprises a variety of accommodation options overlooking the renowned Supertubes Beach. Accommodation ranges from standard to luxury rooms, self-catering to bed and breakfast options. Near Supertubes Collection are 3 safe swimming beaches with a host of activities such as surf lessons, windsurfing and romantic horse riding excursions. Guests’ culinary needs are met with a choice of 4 restaurants to pick from in the area.